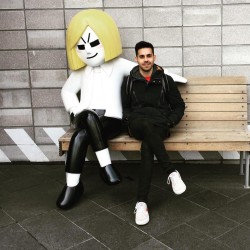 In this post we are going to see two security mechanisms used in Linux Containers in order to provide a security layer for our workloads.

We will see how Linux Capabilities and Secure Compute Profiles can be used for limiting the attack surface for our containers.

The first part of the blog post will be an introduction to Linux Capabilities and Secure Compute Profiles, second part will show how these technologies work through the use of demos.

Starting with kernel 2.2, Linux divides the privileges traditionally associated with superuser into distinct units, known as capabilities, which can be independently enabled and disabled.

You need to keep in mind that capabilities are a per-thread attribute.

We can say that the power of root comes from the capabilities it can use rather than from being root itself. This will be important to understand that even if a container is running as root UID it doesn’t mean that it has full root privileges.

At the moment of this writing there are a total of 41 capabilities, you can find the list here. We are going to see some of the most common ones:

Containers typically run a single application with a set of well-defined tasks, these applications usually require a small subset of the underlying operating system kernel APIs. For example, an httpd server does not require the mount syscall at all, why should the app have access to this syscall?

In order to limit the attack vector of a subverted process running in a container, the seccomp Linux kernel feature can be used to limit which syscalls a process has access to. We can think of seccomp like a firewall for syscalls.

Creating your own seccomp profiles can be tedious and often requires deep knowledge of the application. For example, a developer must be aware that a framework that sets up a network server to accept connections would translate into calling socket, bind and listen system calls. This time, there is some tooling that can help us getting the list of syscalls used by our applications:

Secure Compute Profiles can be defined using JSON, below we will see an example:

Profiles can have multiple actions configured:

In the previous section on capabilities we said that capabilities are a per-thread attribute, and as such every thread has the following capability sets containing zero or more capabilities:

Before we get started with hands-on scenarios we need to know how capabilities behave in containers, specially what’s the different behaviours we get when running a container as root or as a non-root user.

When we run a container with UID 0, default capabilities configured by the runtime will be configured in the effective set for the container thread.

Podman default runtime capabilities can be found here. You can also modify the defaults using the Podman’s configuration file.

In the next scenarios we will show the differences.

Get capabilities assigned to a process

During the following scenarios we will get capabilities assigned to processes, there are different ways of getting this information, let’s see some.

We explained the different behaviour between a container running with root’s UID and with nonroot UID, now let’s see it in action.

We said that the power of root comes from its capabilities and not from just being root, in the next scenario we are going to show how we can use capabilities in order to run root-like actions with nonroot users.

We have our test application, it runs a small web-service on a given port. We want to bind to port 80, but as you might know, binding to ports under 1024 is a privileged action. Let’s see how capabilities can help us here.

For this example we’re using the same application, but this time we set file capabilities to our application binary using the setcap command:

NOTE: We added the NET_BIND_SERVICE in the effective and permitted file capability set.

Very similar to file capabilities there are programs that are capability aware, that happens when they use specific libraries that are used for managing capabilities at a thread level.

If our application was that smarter it would’ve raised the NET_BIND_SERVICE before binding to port 80, and once binded it would’ve dropped the capability since it was not required anymore.

For example, we can build capability aware programs in go by using a library like this.

In this scenario we will generate a seccomp profile for our container, in order to do that we will use the OCI Hook project.

NOTE: The OCI Hook requires us to run containers with a privileged user, that’s why we will be using sudo in the next commands.